3D printing is having a moment right now, with company after company churning out new printer models and features. Many consumers are getting lost among all the options, and who can blame anyone, really. It’s certainly overwhelming at first glance- or Google search. 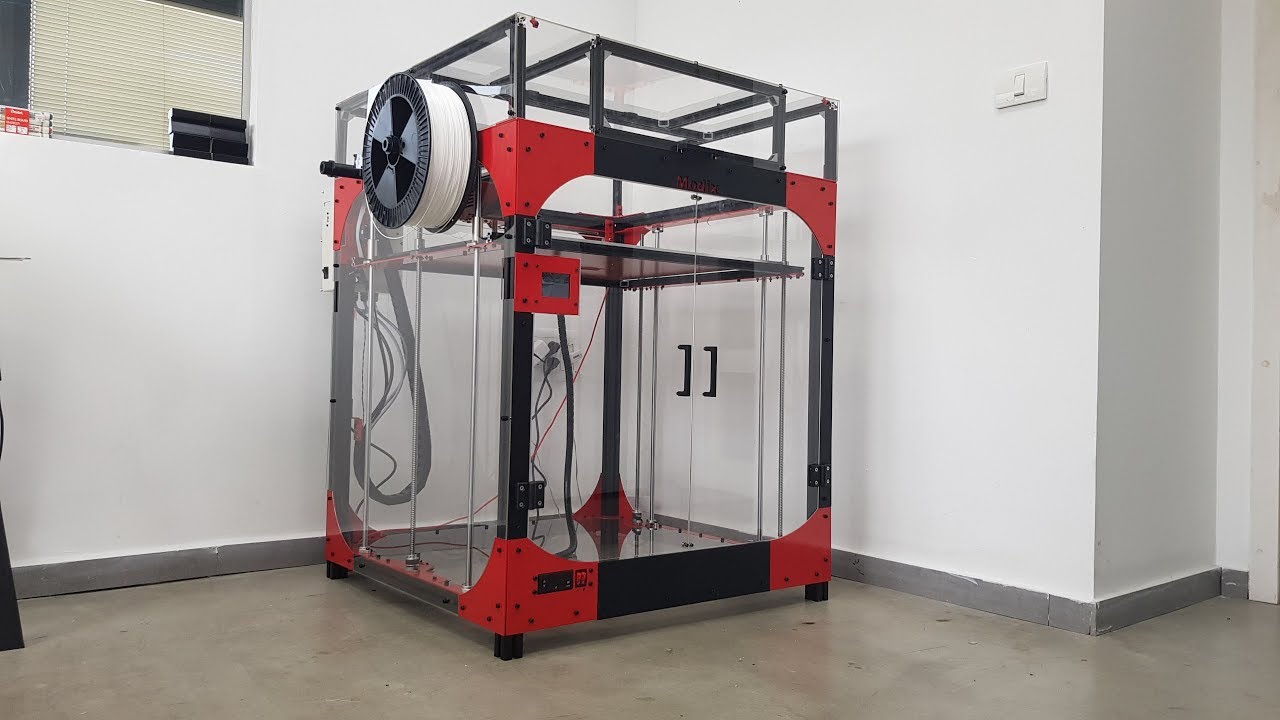 Before you get too stressed about considering all the factors to make a purchase, let me jump in. I’ve studied the top large-scale 3D printers in the game and organized the top features and specifications that customers look for so that you can add some method to the madness in your search. This article is going to help you make the right decision as to what large scale 3D printer you should buy without getting too technical.

Modix 3D is a leader in the 3D printing field, especially with their new line of large-scale 3D printers, so we’re going to use them as a benchmark to outline what you should be looking for as a consumer. Let’s jump in!

Price is often the deciding factor in which 3D printer you should buy. It’s certainly a balancing act of trying to get value and quality without paying a ridiculous amount. Large scale 3D printers can be particularly expensive- for example, a company called BigRep sells a printer comparable to the Modix 3D equivalent, but at a price tag of nearly $40,000 USD. Not cool.

One reason for this difference in price is that Modix uses over-the-counter parts, while BigRep uses proprietary parts. The latter means the end-user has to pay a premium to access the parts because of unnecessary royalties. Informed consumers choose to stick to over-the-counter parts for their printers to avoid this expense.

A larger print volume has several advantages. It allows you to print your 3D models in one piece, instead of having to print out pieces separately and then assemble them manually after printing. You can also include more details in your prints, as using a smaller printer typically means reducing the scale of the object and thus losing important details in the process.

Modix 3D’s Big60 V2 has a print volume of 610x610x610mm, which is pretty decent. If you’re looking for even more power, their 120X has an impressive print volume of 1200x610x610. BigRep offers similar print volumes, but you’re going to have to pay a lot more for that kind of capability.

Self-assembly is really important to 1) reduce shipping costs, and 2) truly understand all the components of your printer. Unfortunately, not all DIY printers are built the same. It’s important that your printer comes with a well-developed assembly manual with videos, photos, and sub-assembly models. A tell-tale sign of a good DIY kit is that the components themselves are designed for ease of assembly, right down to the brackets. This is a key deciding factor as to purchasing a printer, because what good is ordering one if you can’t assemble it for use?

Modix 3D includes all the features I mentioned above, meaning it makes for a relatively easy assembly process. You can also find many videos online that can help you to visualize the assembly process.

Automatic bed leveling is a real treat, especially for industrial-sized prints when an inaccurate job can waste a lot of resources. Auto-levelling makes minor adjustments throughout the printing process to ensure your nozzle and print bed are positioned properly. Additional benefits include better bed adhesion, which is also important.

The Modix 3D printers are equipped with 100 probing points for fully automatic bed leveling, which is amazing. Just to compare, the BigRep model only offers semi-automatic leveling… a misleading term indeed. Your print bed either levels itself, or it requires some work on your end- the “semi” indicates you’re got your work cut out for you.

A closed enclosure can be beneficial for maximum heat retention around the print job, which is especially important for “temperature picky” materials. Enclosures can stabilize the print area, prevent warping, and neutralize any external factors that can affect the print.

The Modix 3D printers offer an optional closed enclosure, which is especially necessary for ABS (Acrylonitrile Butadiene Styrene) printing, as it has specific temperature needs for a proper print. However, it’s not necessary for all print jobs so if you’re not interested, you don’t have to pay for it. Unfortunately, BigRep doesn’t give you the option of saving money if you don’t think an enclosure is necessary- if you want the printer, you’re still paying for that feature.

It’s important that the printer’s components are built-in trustworthy places, ideally locations that are known for their high-quality parts and products. Be cautious with large scale 3d printers that have a lot of parts from places like China, where quality is often sacrificed to produce a high volume of pieces and save production costs.

Modix 3D uses over-the-counter printer parts from trusted sources, including the United States of America, so you can feel confident in the quality of the parts.

Overall, each of these components is important to consider when you’re trying to pick your next large-scale 3D printer. If you’re looking for a printer with all the functionality of a top-range printer but without the price tag, I would personally recommend the Big60 V2 or 120X by Modix 3D.

Have you tried the Modix Big60 V2 or 120X?
Tell us about your experiences below!